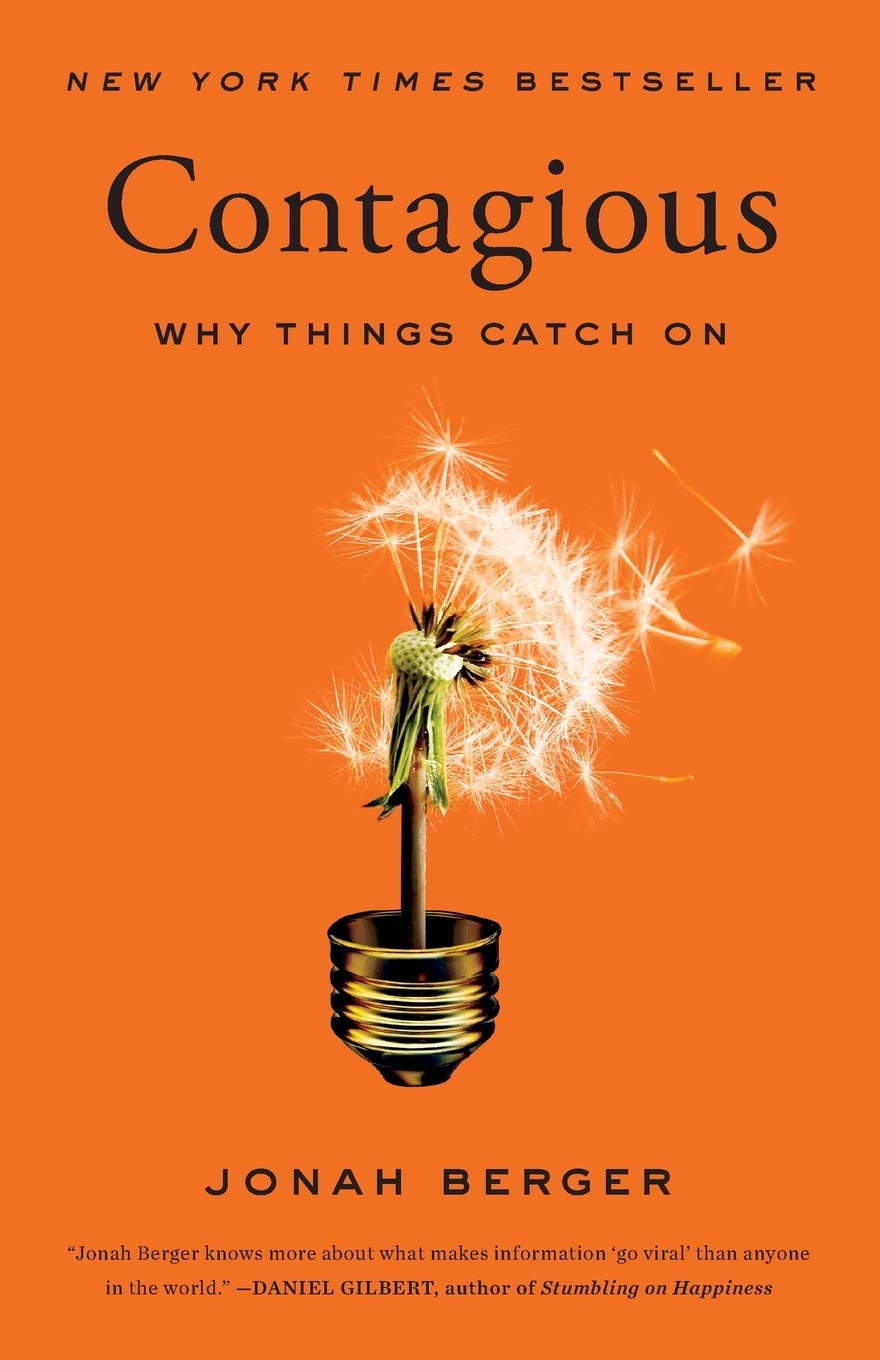 Contagious: Why Things Catch On

You may have seen those videos of a blender chopping up everything from glass marbles and golf balls to iPhones and coconuts. But what you may not know is that Blendtec, the company behind them, started the “Will It Blend?” campaign with just a $50 investment and no idea it would ever go viral.

Five years later, the company’s videos still garner millions of YouTube views, especially when a new Apple product is thrown into the mix. Tellingly, a blender showdown between an iPhone 5 and Galaxy S3 holds the viewing record, with nearly 9 million people watching the popular consumer products being pulverized. Incidentally, for Blendtec, the campaign has resulted in a 700 percent increase in sales.

Want to know the secret of why some things catch on and go viral? Why do people talk about and share certain things rather than others? Why do some products catch on, some ideas diffuse, and some online content goes viral?

These are things every marketer wants to know.

Wharton School of the University of Pennsylvania Professor Jonah Berger has the answers in his best-selling book, “Contagious: Why Things Catch On.” In “Contagious,” Berger reveals the secret science behind word of mouth and social transmission, as well as the six basic principles that drive things to become contagious, from consumer products and policy initiatives to services and ideas within organizations.

Combining groundbreaking research with powerful stories, “Contagious” explains why certain stories get shared, emails get forwarded, or videos go viral. It demonstrates how to craft contagious content with specific, actionable techniques for helping information spread — for designing messages, advertisements and information that people will share.

Berger details how Howard Wein, Starwood Resorts’ former corporate director of food and beverage, launched a successful upscale steakhouse called Barclay Prime in Philadelphia. Knowing that one-quarter of all new restaurants fail, Wein knew he had to create some buzz.

It wasn’t the world-class oysters, halibut, and caviar that drew his customers in droves. It was an innovative menu item: the only $100 cheesesteak. Barclay Prime’s cheesesteak was prepared with kobe beef, triple-cream cheese, shaved black truffles and lobster — a true splurge even before being served with champagne. Soon, customers were beating down its doors for a chance to sample this outrageous dish that everyone else was talking about. Wein’s cheesesteak not only had customers talking, but it also generated media buzz.

Barclay Prime is by far not the only example of an idea catching like wildfire. Berger mentions hundreds of ideas that seemingly arose out of nowhere and became a social epidemic — spreading from person to person almost like a virus. But despite all the instances of widespread success, Berger points out that pumping time and money into a product or service that doesn’t succeed remains the norm.

One reason for a product or service taking off is really simple: It just might be better. Berger uses the example of flat-screen TVs replacing consoles. Besides being technologically superior, flat screens were also lighter and easier to move. Another reason is attractive pricing. People prefer paying less for a product or service, and in most cases, he says, the cheaper item sells better. Cutting prices or offering members better deals can also garner attention. Additionally, advertising is important, since people need to know about a product or service in order to buy it.

But those three things alone do not determine what’s a hit or a miss. Word of mouth is 10 times more effective than traditional advertising, says Berger. Ads, he says, always say the product is great. But something coming from a friend, with no commercial interest, comes across as more objective.

Another difference is that traditional advertising is geared to a broad audience, since the advertiser is trying to reach the highest number of people with one media buy. Word of mouth is, by contrast, aimed at an interested individual. Word of mouth is underestimated, Berger says, because it’s harder to see and difficult to measure.

In his estimation, the six secrets of making a product or service contagious are:

As a professor at Wharton, Berger has worked with an impressive list of companies, including Coca-Cola, Facebook, GE, General Mills, Google, Microsoft and Progressive Insurance. A LinkedIn influencer who writes regularly about psychology and marketing, Berger holds a Ph.D. in marketing from Stanford’s Graduate School of Business and a B.A. from Stanford University in Human Judgment and Decision Making.

“Contagious” (Social Dynamics Group, 2013) is a must read for understanding the science behind marketing, and is a New York Times and Wall Street Journal best seller.

The 6 STEPPS to Creating Contagious Campaigns

Social currency — People like to look smart, funny and in the know, so they talk about things that help them portray a positive image. People want things that make them look good. Create a loan product that people want to talk about, and they will.

Triggers — People talk about things that are topical. Using subtle reminders to help them think about your idea will make them more likely to share. For example, if your auto loan promotion features Little Tykes cars, people may think of your credit union every time they see the riding toy. Depending upon your field of membership, that may be often or seldom.

Emotion — When we care, we share. High arousal emotions like excitement, anger and awe will fire people up. This activation, in turn, drives them to share.

Practical value — People share things to help others, whether it’s advice on saving time, saving money or making them healthier.

Stories — People are more likely to share a memorable story than a list of technical facts and features about a product. As much as you can, build memorable member stories into your promotions. You’ll get people talking.

Ask The Right Questions To Generate A Contagious Campaign

If you have an idea for a campaign, that’s a start; but, if you want your campaign to be contagious, it’s important to ask some basic questions.

Here’s a process you can follow to create a winning campaign:

Given these grades, which STEPPS should you focus on?